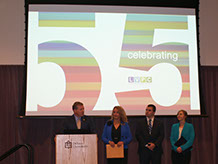 The 3rd Annual Lehigh Valley Planning & Development Gala and Awards had a celebratory air as over 250 partners, stakeholders and community members gathered to commemorate 55 years of planning excellence by the Lehigh Valley Planning Commission (LVPC). The event, which took place on October 4, 2016 at DeSales University in Center Valley, also allowed the LVPC to honor seven local public, private and non-profit projects and one community for excellence in planning and development. Recounting the origins of regional planning in the Lehigh Valley in 1961, LVPC Executive Director Becky A. Bradley, AICP, kicked off the evening with a message that resonated with the audience: how good planning creates livable places. Shifting focus to the present and the future, Bradley raised thoughtful points about the region’s many achievements before announcing the exciting next chapter for the LVPC, the kickoff to FUTURELV, the effort to update the Regional Comprehensive Plan in December 2016.

U.S. Congressman Charlie Dent presented the LVPC with proclamations to applaud the great strides in planning that the LVPC has made over the past 55 years. Congressman Dent spoke on behalf of Senator Casey, Senator Toomey and Congressman Cartwright, each of whom independently recognized the LVPC for its 55 consecutive years of regional planning excellence. Connor Corpora representing Senator Bob Casey, Marta Gabriel representing Senator Pat Toomey and April Niver representing Congressman Cartwright joined Congressman Dent. Matt Szuchyt, legislative aide for State Senator Pat Browne’s office, presented the LVPC with joint proclamations from the Lehigh Valley delegation from both the State Senate and House. Szuchyt was joined by William Royer, on behalf of Representative Ryan MacKenzie. Both the federal and state delegations recognized the LVPC’s foundational role as the region’s leader in planning, development and redevelopment.

A panel of judges selected this year’s winners and honorees based on originality and innovation; compatibility with the community; effectiveness and results; how the community was engaged; and transferability of the project, plan or ordinance.

“These plans and projects are the region’s best. They showcase the relationship between the public and private sectors and the thousands of good citizens that make the Lehigh Valley community truly great,” notes Becky Bradley, LVPC Executive Director.

The Scenic, Wild Delaware River (SWDR) program promotes geotourism through an interactive travel website highlighting the natural assets and local attractions throughout a 150-mile stretch of the Delaware River. Created in coordination with the National Geographic Maps, the MapGuide features more than 650 landmarks, natural resources, attractions, activities, events, lodging and dining venues. These attractions are nominated for inclusion by local residents, businesses, organizations and interests. Since its launch in May 2016, the MapGuide has been visited by nearly 4,100 unique visitors, 78% of whom are new to the site. In addition to promoting the Lehigh Valley as a geotourism destination, the SWDR program has complemented the efforts of Northampton County, Discover Lehigh Valley and the Lehigh Valley Planning Commission to protect, preserve and increase awareness of the Lehigh Valley’s natural assets. 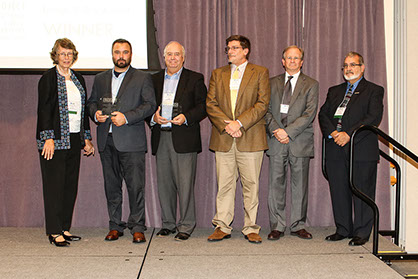 Through the adaptive reuse of the former Boulevard Drive-In movie theater site, the NB Center for American Automotive Heritage project has successfully converted a long fallow East Allentown location into a 30.7 acre campus devoted to the restoration, preservation, education and promotion of American Automotive History. In addition to the fully restored and updated drive-in theater and the “proving grounds” for testing and displaying a collection of over 150 antique cars, the project includes a new clubhouse and entertainment facility that draws on Pennsylvania’s rural architecture, renovated industrial buildings supporting the organization’s endeavors, and a state of the art laboratory for the Historical Vehicle Association (HVA) to photograph, digitize and permanently archive American automotive history for the Library of Congress. 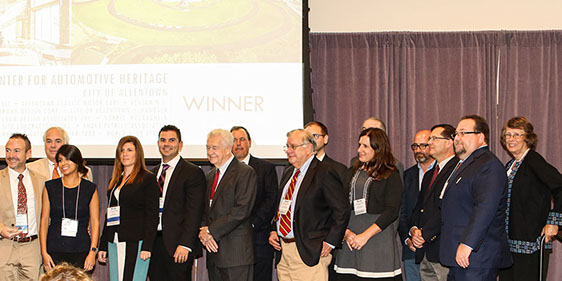 Since establishing its Farmland Preservation Initiative in 1994, Moore Township has preserved over 2,066 acres of agricultural land within the municipality. The Initiative has ensured safe environments for the wildlife that inhabits the area, supported farming viability and employment, and encouraged local food production. Open space and farmland preservation has also helped Moore Township in limiting the need for additional services (and associated tax increases to pay for them) due to increased residential development. In 2005, the municipality began working with the Northampton County Farmland Preservation program to form a farmland preservation partnership, which came to fruition in September of 2010. Through individual and collaborative efforts like these, Moore Township has consistently demonstrated diligence and foresight in conserving agricultural land and open space. 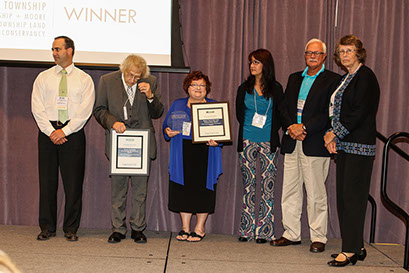 Camp Olympic Park has had an immediate and lasting positive impact on Lower Macungie Township, including better overall community health, the protection and restoration of environmental resources, and a greater sense of community identity. Reflecting its history as a longtime sports camp, the park is imagined as an adventure and nature-based destination offering low-impact recreation improvements. Existing structures, such as the barn, bathhouse, iron bridge and pavilions have been renovated, restored and repurposed, while new renovations have included modern restrooms, meeting spaces and outdoor gathering areas served by ample new parking. Park renovations have also rectified previous design flaws to reduce stormwater runoff and minimize impacts on the Leibert and Little Lehigh Creek stream corridor. The project has resulted in many lasting partnerships with local businesses and organizations, as well as greater interest in completing Lower Macungie’s trail network.

By providing more direct and efficient access between Center City Allentown and Route 22, the American Parkway Bridge alleviates traffic congestion in surrounding communities, improves bicyclist and pedestrian safety, and supports commerce in downtown Allentown. The bridge, which opened to traffic in November 2015, crosses the Lehigh River and provides the final link between downtown Allentown and the regional transportation network. The first two segments of American Parkway were completed in 1988, before funding for the final river crossing disappeared. The project involved the design and construction of a 6,000-foot long, four-lane facility, with two new bridge structures, five signalized intersections, a 310-foot long retaining wall and a 540-foot long noise wall. The project’s design-build delivery method, along with strong collaboration among project interests, allowed for the project schedule to be shortened by 24 months, thereby minimizing safety concerns and the project’s economic impacts on local businesses. 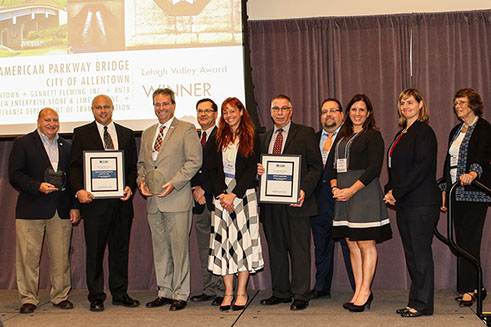 Responding to Pennsylvania State Law requiring all communities to care for stray dogs, the members of the Slate Belt Council of Governments (COG) worked together to hire an animal control officer to serve all participating Slate Belt municipalities. Implementation of this program began on June 15, 2016, and feedback from the public, communities and municipalities has been extremely positive. The benefits of this collective approach have included improved public safety, more humane care of stray animals, greater cost effectiveness, and the relief of local police departments from animal control duties. Building upon this effort, the Slate Belt municipalities are now proactively working towards crafting an ordinance addressing the issue of feral cats, which is currently not addressed in state law. The Slate Belt’s collective approach can provide a model for other communities and has already generated interest from other COG’s in the state regarding the startup and implementation of similar programs.

Over the past decade, South Whitehall Township has consistently distinguished itself through its comprehensive planning, land use regulations, and plans for enhancing community facilities and transportation corridors.  “The South Whitehall Township Comprehensive Plan: A Balanced Path Forward,” adopted in 2009, articulates the Township’s vision for future growth and identifies implementation strategies for achieving that vision. The Township has continually updated and supplemented its Zoning Ordinance to clarify inconsistencies, make it more user friendly, and address emerging issues like tractor trailer and oversized vehicle traffic. In 2014, the LVPC recognized the township as an Open Space Project Award Honoree for its Covered Bridge Park Master Plan (2014). South Whitehall is currently collaborating with Upper and Lower Macungie townships, as well as LANta, on a plan to transform the Hamilton Boulevard and Cedar Crest Boulevard corridors into a multimodal gateway between the western townships and the City of Allentown. 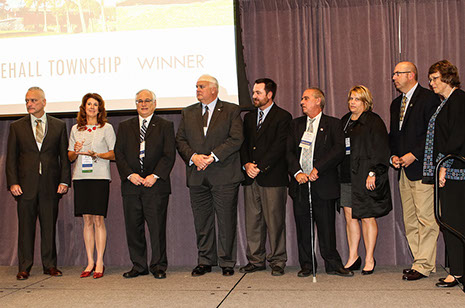